LEGENDARY. From the Middle Latin word legendarius, meaning someone or something described in or based on legends; remarkable enough to be famous, very well known, renowned. 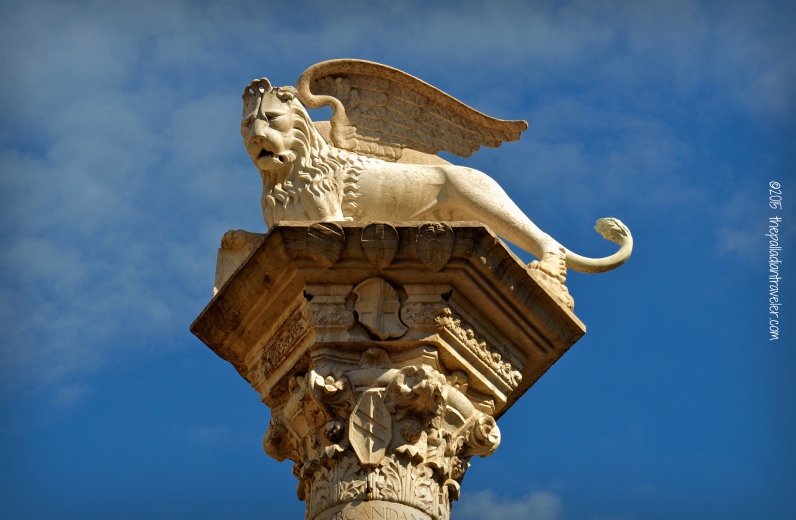 Taking a look around, I must be smack dab in the middle of LEGENDARY as I wait alongside a column that supports a LEGENDARY winged lion on top that stands catty-corner to a LEGENDARY piazza that fronts two LEGENDARY structures in one heckuva LEGENDARY city.

I’m in Venice, adjacent to Piazza San Marco, all set to take my very first steps with Walks of Italy (WOI) on its Legendary Venice guided tour through the Doges’ Palace and St. Mark’s Basilica.

Lesser known, but just as important, is Federica, aka Freddy, a licensed tour guide and a bona fide Venetian, who arrives with a big smile on her face, doles out pocket-sized radio receivers and ear buds — standard issue on all WOI strolls — then leads our small party of six through the ornate Porta del Frumento and into the courtyard of Palazzo Ducale, or Doge’s Palace, the nerve center of the once-proud Most Serene Republic of Venice.

“Well, it comes from the Latin word dux, meaning leader, and it was the title given to the chief magistrate of Venezia,” she replies.

Freddy adds, “Originally functioning like an iron-fisted governor, the Doge, the shrewdest elder statesman of the city, was selected for life, but the Doge’s duties, over time, became simply celebratory and always under the watchful eye of the all-powerful, nine-member Great Council.”

For over a millennium, La Serenissima was a super rich, majestic and innovative maritime power that was the leader in trade and diplomacy between Europe and the Orient, and bridged the social, political and cultural divide between the two geographies like no other.

The Doge’s Palace, a masterpiece of a structure, resplendent with frescoes by Veronese and Tintoretto, stands as the defining, grand symbol of Venice’s once LEGENDARY past.

Lens caps off, lets have a look around this humble abode where Venice’s “governators,” 120 in all, once ruled the roost. 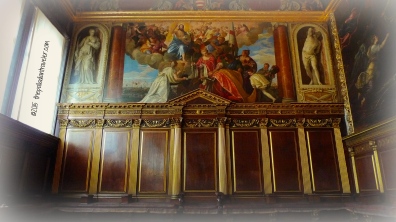 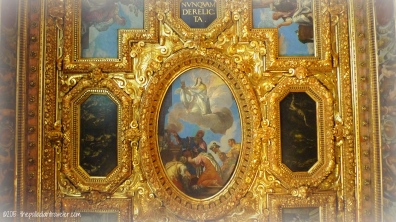 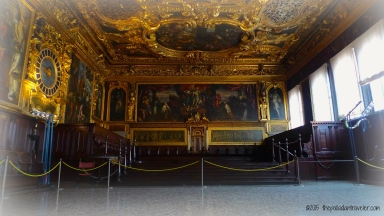 All that glitters is not necessarily gold, as Freddy leads us out of the palace through the enclosed passageway of the Ponte dei Sospiri (Bridge of Sighs), the LEGENDARY expanse immortalized by Lord Byron — I stood in Venice on the Bridge of Sighs, a palace and prison on each hand — that crosses over the Rio di Palazzo and connects the palace’s interrogation rooms to the Pozzi (Wells), the nickname for the prison.

The sighing was not for lovers in love, but the anguished exhale made by countless prisoners as they took their final glance out at Venice through small, stone-grilled windows before trudging down to the damp, cramped, isolated cells, not knowing if they’d ever see the light of day again. 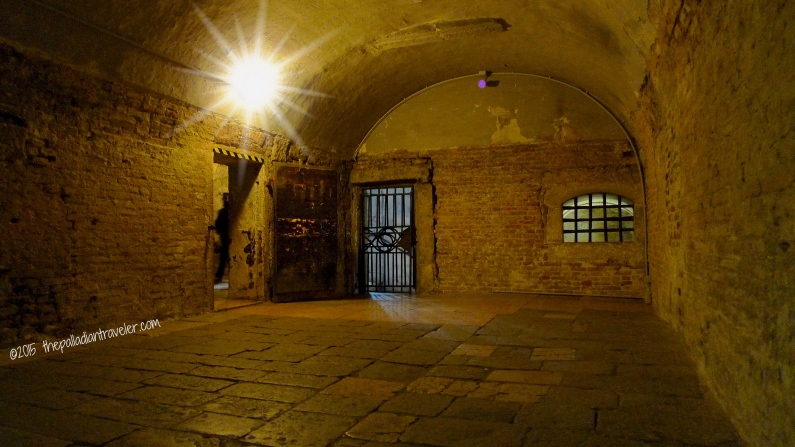 Back outside, we hang a right and stop dead in our tracks to marvel at what stands before us: St. Mark’s Basilica.

Built in honor of the city’s patron saint, this absolutely enormous house of worship is the seat of the Patriarch of Venice.

Its opulent, treasure-filled interior design — over 8,000 m² of ground gold mosaics alone, shimmering in the daylight — is symbolic of the Most Serene Republic’s wealth and power, and is worthy of its moniker: Chiesa d’Oro (Church of Gold). 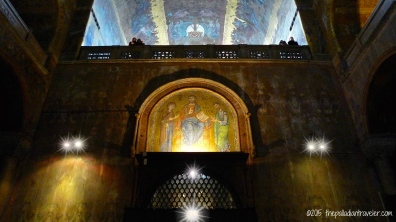 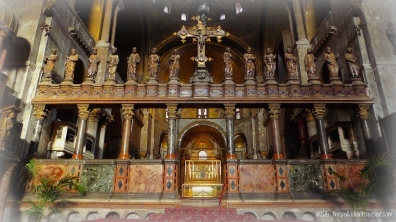 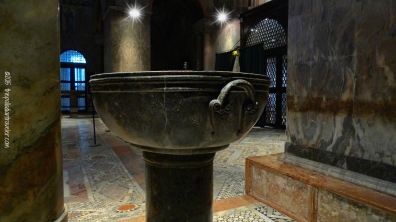 Without question, the Basilica is the most famous of the City of Canals‘ 139 churches and stands as one of the best known examples of Italo-Byzantine architecture.

The remains of St. Mark may reside in the Basilica’s sarcophagus, but the real stars of this walk — at least for me — are the four, original bronze horses of the evangelist-martyr.

According to Freddy, the Triumphal Quadriga team was long displayed at the Hippodrome of Constantinople, but in 1204, during the Fourth Crusade’s sacking of the “Queen of Byzantine cities,” they were taken as victory loot and sent to Venice where they were placed on the loggia of the Basilica for all to see. 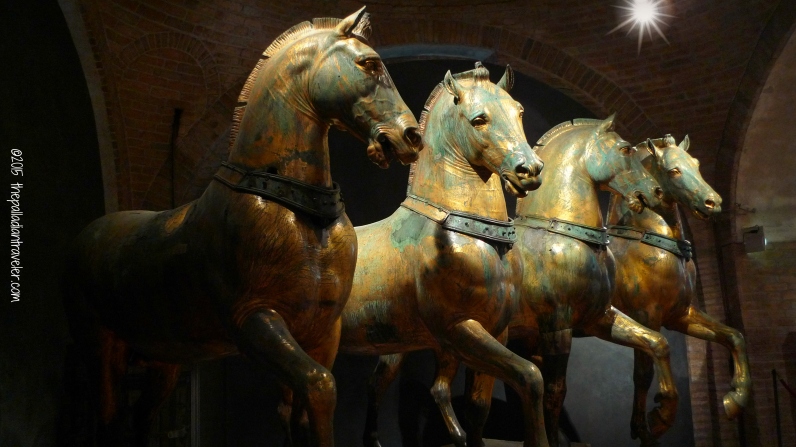 But, our tale of an equine heist doesn’t end here. In 1797, Napoleon took possession of the bronze beauties and sent them to Paris, where they remained until their return to Venice in 1815.

After a long restoration, the LEGENDARY originals have been kept inside the Basilica’s museum and the horses now on display outside on the loggia are replicas. Up here with the faux Triumphal Quadriga, you get a seagull’s-eye view of “Europe’s drawing room,” St. Mark’s Square.

The Legendary Venice itinerary is billed as a three-hour tour, and Freddy, our knowledgeable, passionate and effervescent guide, brings our informative walk to a close right on schedule. We bid arrivederci just as the two bronze shepherds atop the square’s 15th century Torre dell’Orologio hammer away, announcing the new hour.

For complete information on WOI‘s more than 70 guided strolls around the Bel Paese, including nine in La Serenissima, just click HERE.

And, if you do book a Walks of Italy Venice tour, be sure and ask for Freddy. She’s LEGENDARY.

Note: The Palladian Traveler’s participation in this tour was supported by Walks of Italy, which didn’t review or approve this article before publication.