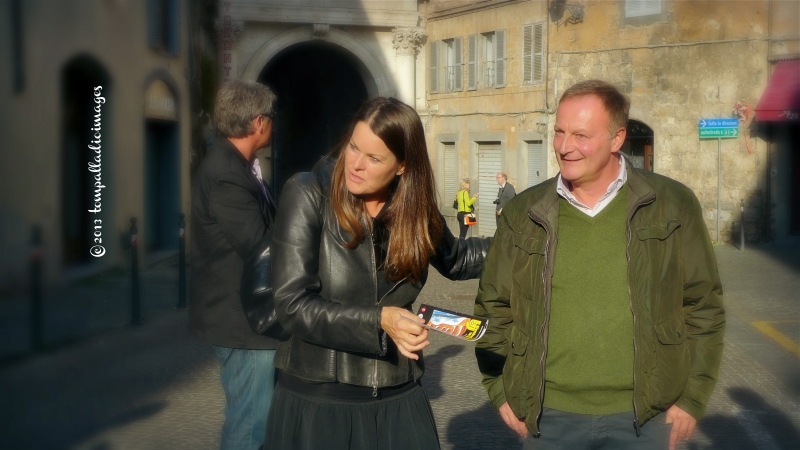 With a fun-filled couple of hours kneading dough and creating strands of tagliatelle pasta for lunch with The Etruscan Chef now (sadly) behind us, our band of merry media — guests of Insight Vacations’ (Insight) abbreviated Country Roads of Umbria and Tuscany itinerary — moves forward.

We’ve got a meet ‘n greet with the “premier” in Insight’s premier-escorted journey: Marco, one of the most passionate Umbrian art historians around and our guide on an informative afternoon stroll along the cobblestone streets of Orvieto. Roll the “R” and repeat after me: ohr-vee-AY-toh. Perfect!

Belinda, our tour director/concierge/storyteller, makes introductions and off we go.

With our U.S. Secret Service agent-like earplugs in place and our radio receivers on, we follow behind Marco, listening and shooting — Canons, Nikons and assorted mobile handhelds; not Berettas, Smith & Wessons and SIG Sauer handguns — as he narrates scenes that unfolded on these very streets when Etruscans ruled the roost in this part of the world millennia ago, followed by sandal-clad Romans and later the Vatican, where wandering popes lodged regularly just to stay alive while St. Thomas Aquinas lectured at the studium generale (university).

Despite today’s date on the calendar, everything about Orvieto, perched atop a massive rock of volcanic tuff, looks much the same as it did eons ago. Modern-day Orvietani have adapted to this city that nearly touches the sky, and not vice versa. 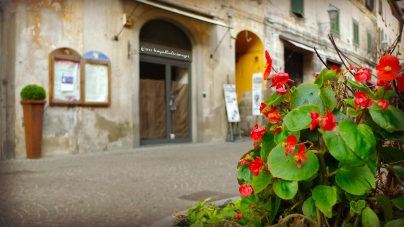 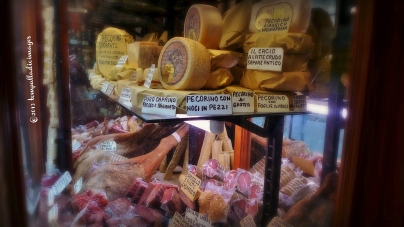 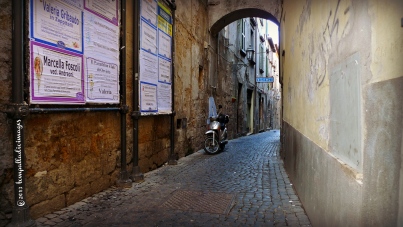 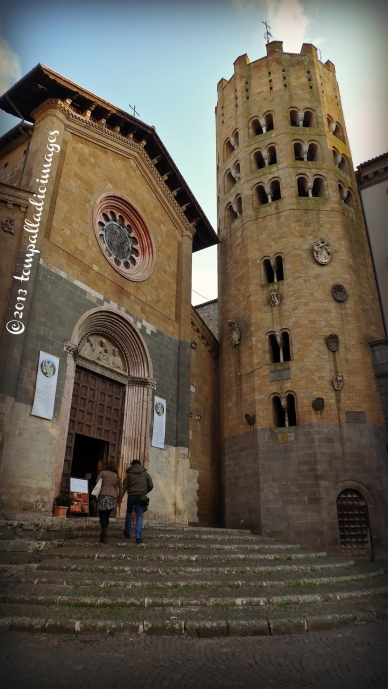 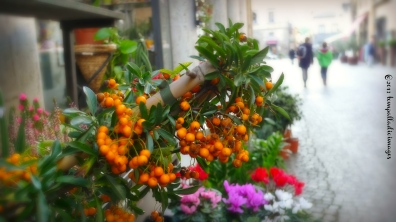 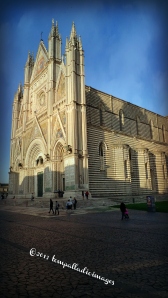 A picture-postcard perfect, almost pedestrians-only city — cars, vans and buses park way down below and visitors ride a series of elevators to the top of the rock — Orvieto is an impressive living, breathing example of Italian History 101. Insight’s “Professor” Marco points it all out as we make our way to the jewel of Orvieto: La Cattedrale di Santa Maria Assunta (The Cathedral of Our Lady of the Assumption).

Situated in a position that dominates the city, the cathedral’s facade, originally designed as a Romanesque basilica, is a superb example of 14th century Italian Gothic architecture that dots the landscape all across the Bel Paese’s midriff.

As Marco, Insight’s Umbri specialist, explained, this massive house of worship was commissioned by Pope Urban IV in 1290 to commemorate and provide a safe home for the Corporal of Bolsena, a miracle that was documented to have occurred in 1263 in the nearby town of Bolsena when a traveling priest, who had strong doubts about the validity of transubstantiation, found that the host he used celebrating Mass began to bleed and stain the altar cloth the moment it was consecrated. That very same stained cloth, testament to transubstantiation, now rests undisturbed in the Chapel of the Corporal inside the cathedral.

One of the great masterpieces of the Late Middle Ages, the cathedral’s three-gable design, striped in white travertine and greenish-black basalt — similar to the schemes of the landmark cathedrals of Florence and Siena — rises up toward the heavens.

The most exciting and eye-catching part of the bright, gold-colored face are the multitude of decorations and intricate bas-reliefs. Symbolic statues of the evangelists — Matthew, Mark, Luke and John — punctuate the facade while the bas-reliefs depict biblical stories from the Old and New Testament: the Books of Genesis, Redemption, Abraham, and most imposing and frightening, Revelation’s Last Judgement. Knees shaking, I move as far away from the depicted scenes as possible, because I’m not quite ready to meet my Maker. 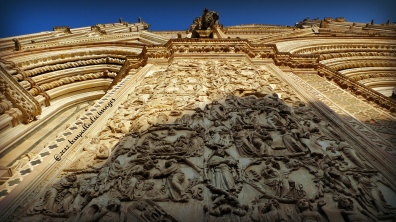 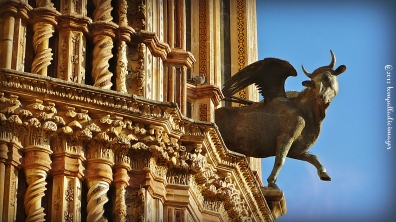 Telling our group that we’ve had enough religious enlightenment for one day, Marco leads us down and out of the city that nearly touches the sky and onto the awaiting executive motorcoach. 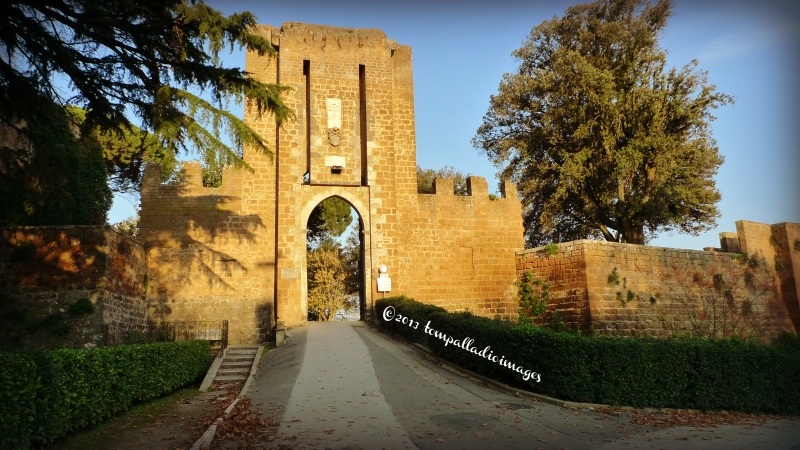 Who’s up for pizza, beer, wine or whatever when we get to Perugia, asks Belinda.

Blank faces stare back at her. Nary a peep.

Then she exclaims, John Boulding, the President and CEO of Insight, is picking up the tab!

To learn more about traveling in style on one of Insight Vacations’ 12 Italian premium and luxury-escorted itineraries or one of its 100 other journeys around Europe, just click HERE, or call toll free (888) 680-1241, or contact your travel agent.

Andrea Bocelli takes our breath away as he serenades over the onboard sound system while we recline in our business-class legroom seats and head for Perugia, home of the chocolate kiss.