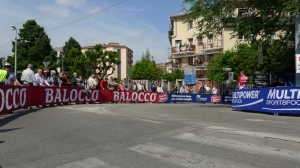 For only the third time in the 96-year history of the Giro d’Italia (Tour of Italy) bicycle race, my adopted hometown of Vicenza was selected by race organizers to serve as a Città di Tappa (stage city) for one of the 21 finish lines of the race.

Under a perfectly painted blue sky dotted with puffy white clouds, the “City of Palladio” put on quite a show as the “Fight for Pink” snaked around the province and finally raced down Viale Roma, crossing the finish line of the 122-mile-long 17th stage.

Unlike almost all other daily news rags, La G prints on pale-pink paper, and has been doing so since it first went to press way back in 1896. As the organizer of the race, coupled with a crafty marketing idea to increase the daily’s circulation, La Gazzetta adopted la maglia rosa (the pink jersey) as the color of the leading cyclist’s jersey.

The rider that has the lead at the end of the first stage dons the pink and wears it during each stage of the Giro for as long as he remains at the top of the standings. Normally, that pink jersey gets passed around like a hot potato from rider to rider as the race standings change frequently across the 21 stages. 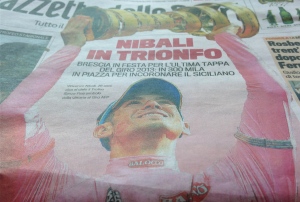 Pedaling since 1909 — with a few years off due to two world wars — the 96th edition of the serpentine chase for the prestigious pink jersey lit out from Naples on May 4th with 200+ corridori (riders), and crossed the finish line in Brescia, in front of 300,000+ rabid fans, on May 26th.

And the winner? Italy’s own Vincenzo Nibali. Wearing la maglia rosa, hoisting the trophy and ending up on the front page of La Gazzetta dello Sport, he looked pretty [fast] in pink. 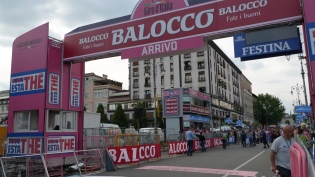 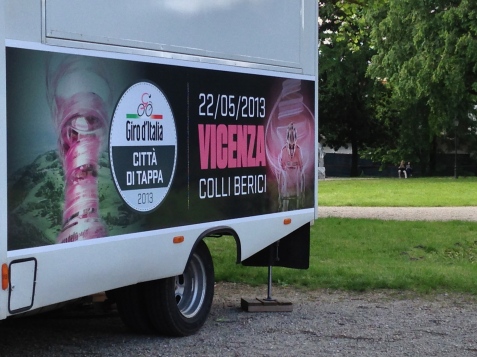 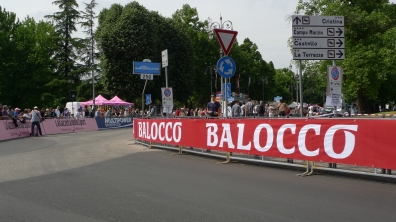 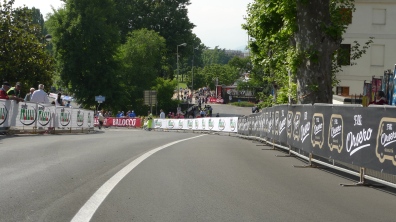 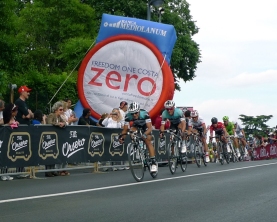