Fellow travel/foodie/photography blogger Orna O’Reilly and I celebrated our first wedding anniversary last night (July 16th) in style at Cibus, a Michelin-awarded “bib gourmand” restaurant tucked inside the former warehouses of a 15th century Dominican monastery located along a narrow, travertine street high up in the heart of Ceglie Messapica, one of the nine towns that dot the Valle d’Itria in the Alto Salento of Puglia in southeastern Italy.

From top to bottom, the “Slow Food” menu featured an array of amazing, zero-kilometer regional cuisine of the Alto Salento along with a superlative wine list of some of the very best varietals and blends produced around Puglia.

Seated at a table-for-two in the small, inner courtyard, our sumptuous dinner at Cibus (which means Food) began. 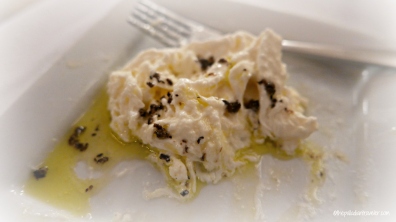 The opening salvo — accompanied by glasses of chilled, bubbly rosato — featured a parade of five appetizers that included zucchini flowers stuffed with ricotta cheese and toasted almonds, and a creamy stracciatella cheese imbedded with summer truffles from the Murgia. Mmm. 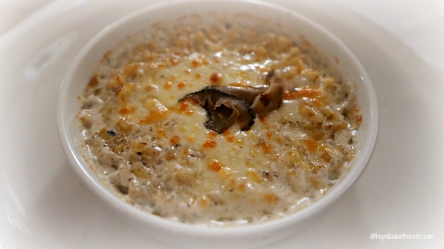 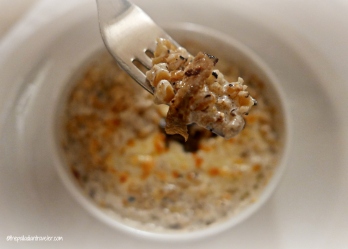 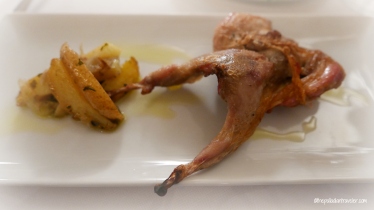 A bottle of Garrisa Susumaniello — an elegant, well-balanced ruby-red from the Masseria Li Veli Winery in Cellino San Marco in the province of Brindisi — was opened and enjoyed with our second course dishes of roasted quail and a melt-in-your mouth lamb stew, slow-cooked in a terracotta pot inside a wood-fired oven, along with new potatoes prepped over hot embers. Triple mmm.

Cibus satisfied our every craving and then some, as our hosts — owners Angela and Angelo, their two sons/waiters Camillo and Francesco, and our server, Maria Grazia — surprised us with a gigantic, candle-lit slice of chocolate cake to mark our special occasion. Quadruple mmm. 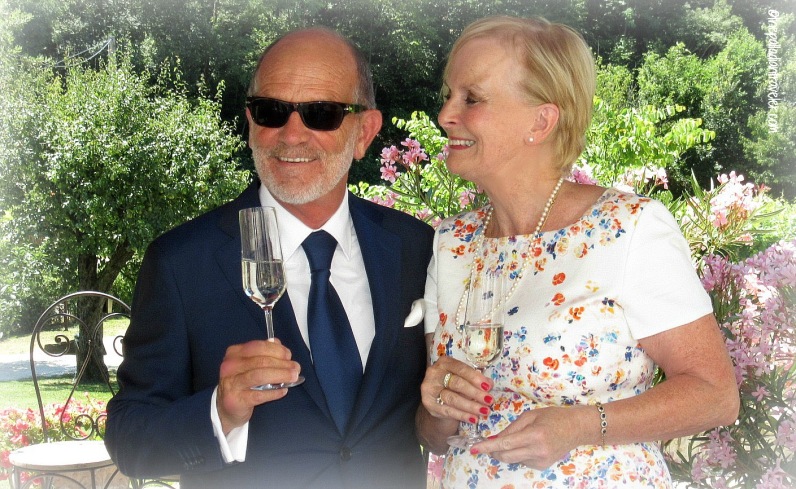 We already know where we’ll be celebrating our second wedding anniversary. At Cibus, of course. All we have to do now is just sit tight, stay hitched (wink-wink) and wait for another year to pass.