Of all the iconic buildings, churches, residences and monuments across the Veneto region of northeastern Italy that bear the imprint of Renaissance master builder Andrea Palladio, there is but one that fully encapsulates his vision of an architectural design and associated lifestyle: Villa Almerico Capra, better known as La Rotonda (The Rotunda). 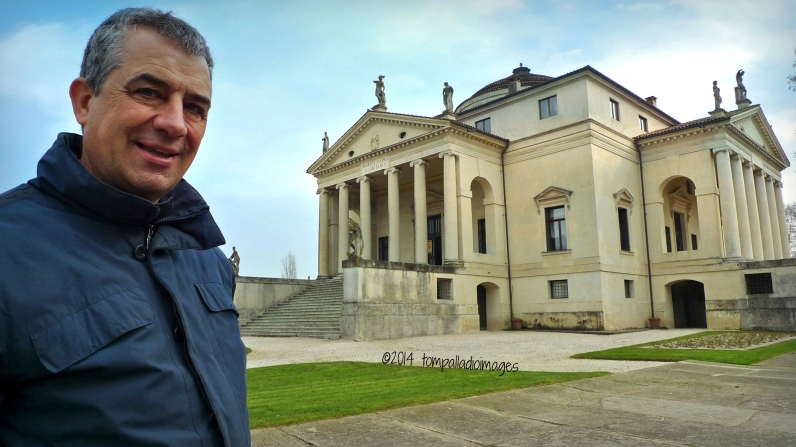 And, that’s where I am right now, standing inside the entry gate of this world-renowned landmark, the epitome of Palladianism, all set for a private tour with one of the owners and the person most responsible for the management and upkeep of the Maestro’s (Master’s) pride and joy, Niccolò Valmarana.

Commissioned by Paolo Almerico — a prelate of the Papal Court in Rome (read, spy for the Pope), an intellectual, a poet and a member of a refined cultural circle — Palladio set to work on Almerico’s retirement home in 1567 and completed La Rotonda in 1571.

After Almerico’s death, La Rotonda‘s ownership was passed to his son Virginio, who then sold it in 1591 to Odorico and Mario Capra, two brothers of a noble family of Vicenza. And, La Rotonda changed hands once more when the Valmarana family of Venice took ownership of Palladio’s masterpiece on the hill in 1911, and it has remained with them for safe keeping ever since. 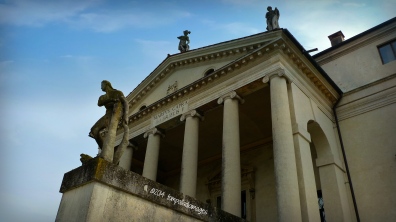 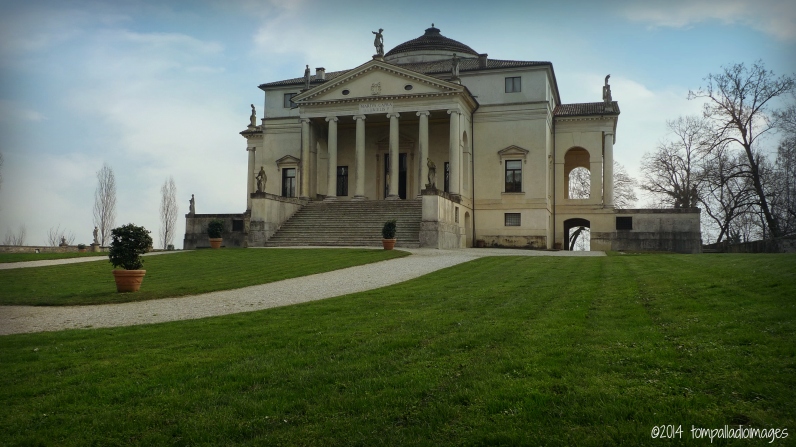 Of the 22 Palladian villas of the Veneto still standing and labeled UNESCO World Heritage sites, only La Rotonda has the temple-like feel that sets it apart from all of the other countryside estates that dotted the landscape of the then Most Serene Republic of Venice (La Serenissima). 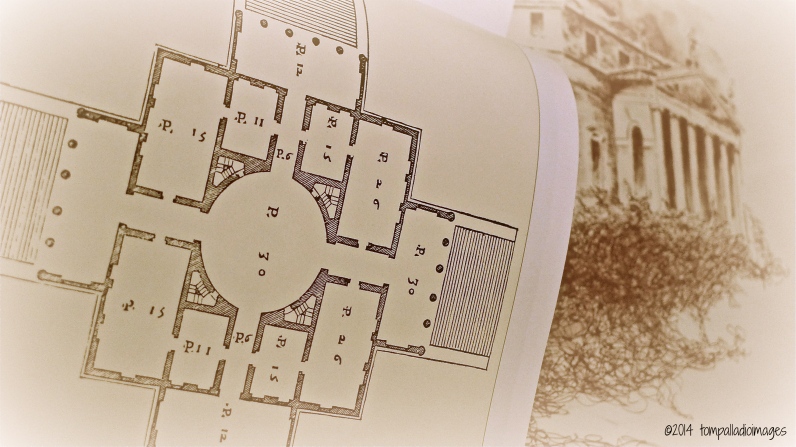 As Niccolò points out, “The central round hall, with its impressive domed vault, is framed outside by four, equally-balanced and identical facades, each accented by six Ionic columns that support the airy porticos and wide steps.”

Inside, where I’m not allowed to remove the lens cap, I attempt to grasp the genius of Palladio, and the precision workmanship of his army of artisan craftsmen, as everywhere I turn I just can’t believe my eyes. It is, in a word, MAGNIFICO (magnificent)!

The raising of the villa-temple is all Palladio, but many of the interior decorations — frescos by father-son painters Giambattista and Alessandro Magnaza and Frenchman Louis Dorigny, stuccoes by Agostino Rubini, and ornate marble fireplaces by Ottaviano Ridolfi and Rubini — along with the large barchessa (storage barn) fronting the villa and the property wall surrounding it, both designed by Vincenzo Scamozzi, were added after the Maestro and La Rotonda‘s original owner, Almerico, had left this world.

According to Niccolò, “It’s doubtful that Palladio would’ve approved of the ‘upgrades’ to his original design, dismissing them instead as being too over the top.” 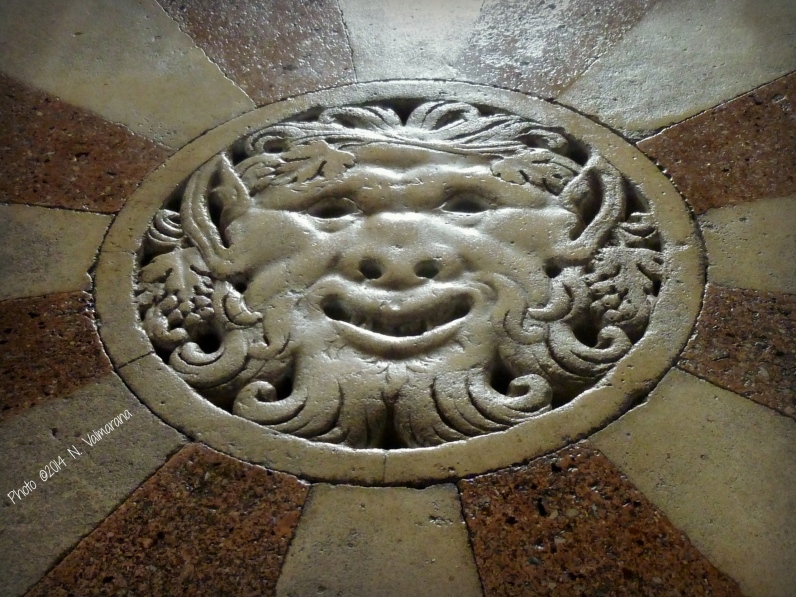 The centerpiece, the symbolic centerpiece of La Rotonda‘s interior is, believe it or not, a decorative air-duct cover on the floor, directly underneath the frescoed cupola.

It is here, on this ornate spot, centuries before Andy Warhol’s “15 minutes of fame” observation, that La Rotonda‘s honored guests would be positioned to receive those in attendance who came to admire and applaud their achievements and contributions as noteworthy scholars, intellectuals, writers, poets, artists, nobles, politicos, etc. As Niccolò explains, “Being placed on this ‘pedestal’ inside La Rotonda was quite an honor for the select few, and indicated, at least for the moment, that they were standing symbolically at the center of the known universe with all eyes upon them.”

Built without a traditional foundation, La Rotonda has stood the test of time atop Collina San Sebastiano thanks to 26 wide arched columns that gracefully flex their muscles underneath on the piano terra (ground floor).

Speaking of floors, the one that covers the entire main hall is called pastellone, a mixture of brick dust, lime and red marble. The pastellone was installed centuries ago in a continuous-flow application and hand troweled by artisan installers. The floor, still in pristine condition as if were laid down just yesterday, is actually fed twice a year with a thorough coating of raw linseed oil which is absorbed into the pavement to protect it from cracking and which also gives it its illustrious shine. It’s believed, but not confirmed, that raw eggs were initially used to feed the floors. If true, an awful lot of hens must’ve worked overtime.

The current state of La Rotonda dates back to 1976 when the Valmarana family put in place a rigorous program of continuous maintenance, restoration and preservation. “It’s a labor of love with equal parts of the heart and mind,” Niccolò offers. “The heart, to ensure that we remain passionate in preserving the Maestro’s efforts just as they were centuries ago. And, the mind, to ensure that the property is well managed and presentable for all the world to see and admire.”

Due to bureaucratic red tape, Niccolò and his family are currently at an impasse with local officials on their reasonable plans to increase tourism — currently at 40k visitors a year — by improving access to and appreciation of La Rotoda.

The Valmaranas are poised to add additional special events (corporate lunches and dinners, private parties, wedding receptions, music recitals, etc.), a much-needed parking lot, a B&B for overnight stays in the barchessa, and light menu fare and aperitivi for visitors to enjoy after their morning or afternoon stroll around the villa. 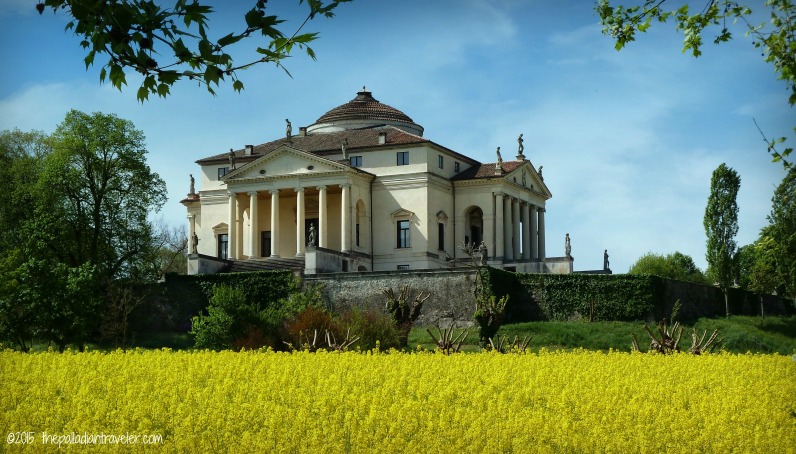 “We already have the infrastructure in place, ready to go, and are just waiting on the green light from the city,” Niccolò states, shrugging his shoulders. “It’s a win-win situation for both La Rotonda and the City of Vicenza. I’m very optimistic that we’ll get the approval, the question is simply when?”

In the meantime, while all that red tape gets untangled, the gates of La Rotonda are open to visitors most of year, on various days of the week and at varying times, for group or private tours. For complete information, just click HERE. 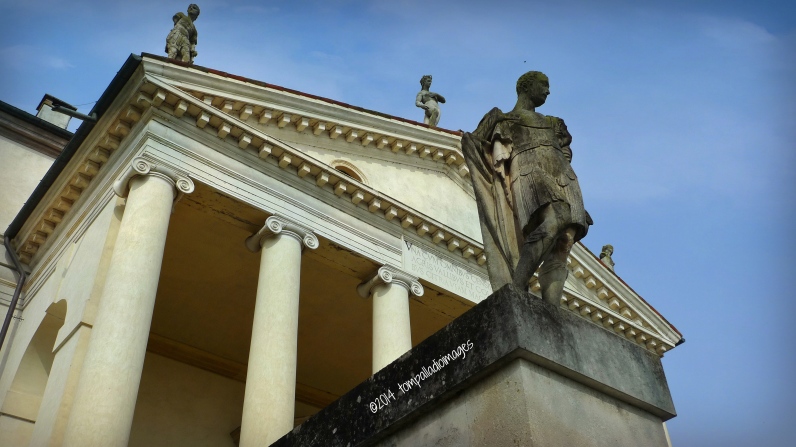 And, if the villa happens to be closed when you arrive, you can still see it from afar by peering through the entry gate to get a glimpse, or by looking up from the road down below. Either way, it’s just how La Rotonda was originally intended to be viewed and admired by anyone who’s last name wasn’t/isn’t Almerico, Capra or Valmarana.

Ever since that first step was taken across the threshold back in the 16th century, poets and artists, sovereigns and statesmen, scholars and art historians, and travelers and tourists have visited Palladio’s masterpiece and marveled at its architectural beauty. Still today, almost 450 years later, La Rotonda remains a place of beauty atop that small hill as it continues to inspire even while the Master sleeps.

My sincere appreciation to Niccolò Valmarana for taking the time out of his busy schedule to serve as my expert guide on this private tour of Villa La Rotonda, and, more importantly, for opening my eyes up a bit wider on this capolavoro from the High Renaissance. We should all be so lucky. 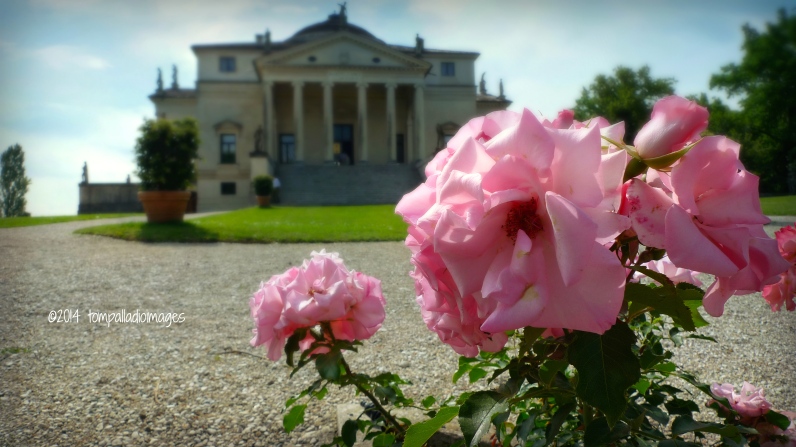 Join me again next time when we push back the gates on yet another landmark estate, remove the lens cap and frame Palladio.