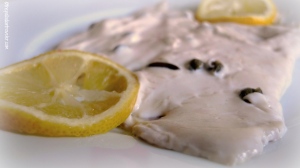 For me, nothing says summertime better around the Bel Paese than an inviting plate of vitello tonnato — thin slices of cold veal covered in a creamy tuna fish-based sauce.

It’s one of the preferred appetizers or elegant second-course dishes served around the northern part of the country to help cool down those dog days and nights of summer. 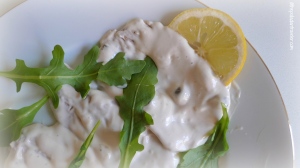 I don’t need to know the heat index outside in order to enjoy vitello tonnato because I eat it as often as I can, at home or away. I’m an unofficial connoisseur of this “surf ‘n’ turf” dish and look for it on the menu wherever I happen to plant my fork.

It was in the Piedmont region of northwest Italy, nestled along the border with France, where this refreshing dish came to life a few centuries ago. Today, cities across the region continue to jockey for position as having THE best vitello tonnato on the planet. Fight as they may, according to the experts, that culinary crown has, is and will continue to reside in Alba Garessio, in the province of Cuneo, south of Torino. 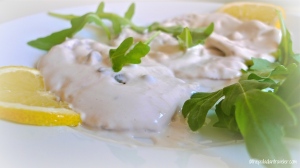 In the 19th century, when vitello tonnato first began appearing in cook books — including Pellegrino Artusi’s “La scienza in cucina e l’arte di mangiare bene” (The Science of Cooking and the Art of Eating Well), where each recipe included in the kitchen manual underwent trials and experiments — Piedmont was allied with the coastal region of Liguria, where fresh tuna was canned.

Along with the “chicken of the sea,” virgin olive oil, juicy lemons and capers — the other ingredients that go into the tantalizing tonnato sauce — also made their way from Liguria to Piedmont. 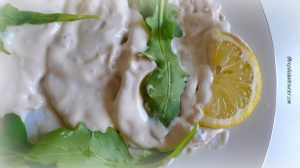 Not confined to just la Penisula, Italian immigrants of old from the Piedmont, who took passage on boats destined for Argentina, carried their culinary heritage with them, including their beloved vitel toné.

Exported to the land of gauchos, the tango and Evita, this Italianissimo (very Italian) dish quickly became a holiday staple to enjoy during Christmastime, and that tradition continues today.

Preparing vitello tonnato for the table is a rather involved and slow process, and the minimum cut of veal required is just too much for one person — yours truly — to consume continuously over a three or four-day period. 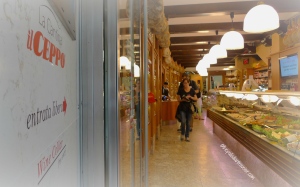 If you’d like to give the dish a try, just follow Emeril Lagasse’s easy, step-by-step vitello tonnato recipe, endorsed by Jamie Oliver, via the Food Network.

As for me, I can readily find vitello tonnato in restaurants and trattorias all across the Vicenza province.

And, if I don’t want to shave, shower and put on a clean shirt to enjoy it away from home, I just make a “milk run” down to my favorite local culinary hangout, Gastronomia il Ceppo. 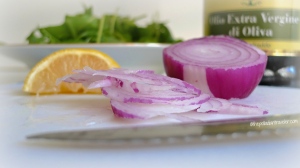 Made fresh daily, an etto (100gr) or two of il Ceppo’s mouth-watering vitello tonnato, along with a simple salad of fresh rucola (rocket leaves) and red onion of Tropea in a lemon-and-olive oil vinaigrette, and paired with a nice glass of chilled Campo delle Rose Bardolino Chiaretto DOC from Cantina Tinazzi’s Ca’ de Rocchi Estate near Lake Garda — recommended by Ivanna, one of il Ceppo’s two, on-duty sommelier, by the way — should get me through another dog day, or night, of summer. BUON APPETITO! 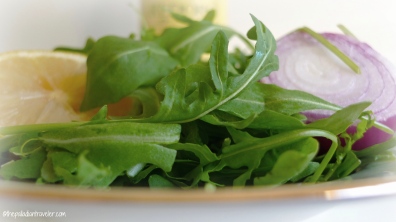 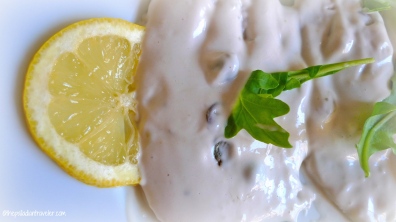 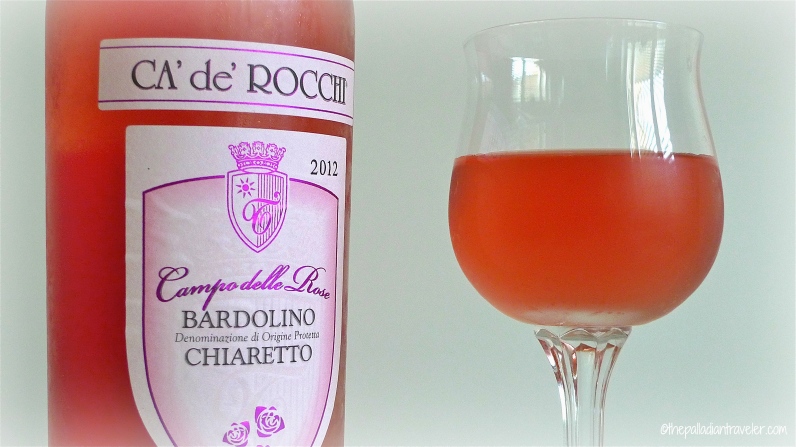