It began in January of 1506 when an ancient Greek marble sculpture was discovered resting peacefully underground in a vineyard within the city limits of Rome.

Pope Julius II, a true patron of the arts, dispatched Michelangelo Buonarroti, his artist-in-residence, to examine the find and report back. So impressed by its artistry and workmanship, Michelangelo recommended on the spot that the Pope purchase the capolavoro (masterpiece).

Julius did, and Laocoön and His Sons, dated somewhere between 27 BC and 68 AD, became the very first work to go on public display inside the Vatican and give rise to a series of museums, galleries, courtyards and chapels that, today, collectively showcase over 70-thousand pieces of art that are viewed by millions annually.

It’s 8:30 a.m. and the queue outside the entrance to the Vatican Museums — the Papal Museums and Galleries to be precise — is already growing as the mass of humanity snakes around the corner and up the cobblestone street that hugs the exterior wall of Vatican City. They’ll be waiting for hours. Not to worry. I’m a member of a select group of international media that are guests of Insight Vacations to sample its premium-escorted “Country Roads” journey of central Italy.

Here’s what’s so premium. Our luxury motorcoach drops us off curbside, our FastTrack passes get us inside in a flash, and we’re off and running with our personal guide, art historian Siggy, who waives a red flag for all to see and narrates every step of the way that I can hear clearly through an earpiece attached to a radio receiver. Jeez, I feel like a member of the Secret Service: “POTUS is on the move.”

A mandatory bucket list entry, the entire complex appears to be one gigantic museum, but it’s really a union of a series of various collections, each named after the pope who commissioned them.

The Museum of Museums, spread out like a labyrinth inside the walls of Vatican City, the smallest internationally recognized independent state in the world, is a cascade of rooms, galleries and highly-polished corridors.

It’s an incredible stroll through history where you’re eyeball-to-eyeball with the greatest artists of all time, but don’t forget to look up now and then to admire the ceilings frescoed by the likes of Raphael, Pinturicchio and Fra Angelico, and take the time to peer out windows and over balconies for panoramic views of Rome. 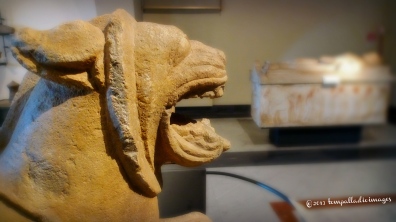 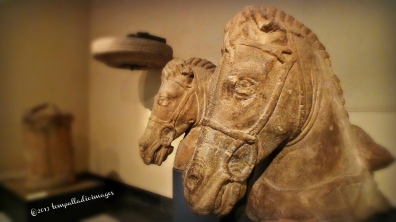 To see every piece of art on display would takes days, weeks, even months, but we’re on the clock and Siggy’s waiving that red flag again and telling us AVANTI! through the earpiece.

The highlight of our morning at the papal museums was a private viewing of the Bramante Staircase, the double-helix, step-less steps not accessible to the general public, but a “signature” experience provided by Insight.

Donato Bramante, the Vatican architect and archival of Michelangelo, is credited with bringing the High Renaissance style to Rome during Julius II’s papacy.

So private is the viewing of the up-the-down-staircase that a serious looking custodian is called, the antique key inserted and the heavy wooden doors pushed open and we’re ushered inside.

If all roads lead to Rome, then it’s only fitting that all Vatican Museum guided tours lead to the Sistine Chapel, named in honor of Pope Sixtus IV who restored it and where photography is strictly prohibited. We enter, look left, right, and mostly upward to marvel at Michelangelo’s agony and ecstasy: the perfectly restored ceiling he was commissioned to paint, on his back, and The Last Judgement that adorns the wall just behind the altar. Without a doubt, Michelangelo’s paintings were masterpieces without peer and dramatically changed the palette of Western art.

The final stop at the Mvsei Vaticani now completed, our band of merry media merges with the crowd and exits.

Walking past the Pontifical Swiss Guards, standing rigid in their traditional Renaissance era uniforms, we take one last look at the majesty that is the Vatican, bid farewell to Siggy, our knowledgeable art historian guide, and hop on the Insight motorcoach. 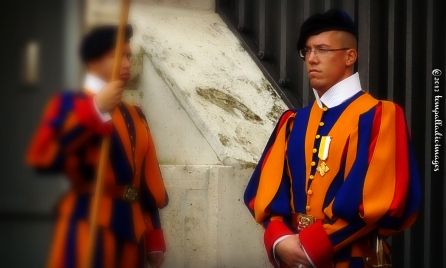 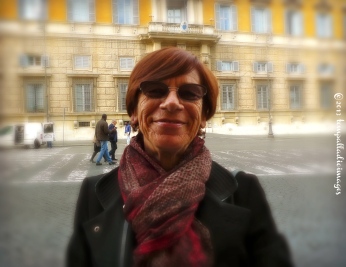 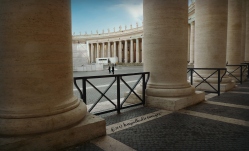 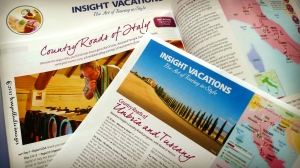 Stretched out in our reclining business class legroom seats, someone yells out, What’s next?, to Belinda, our tour director-slash-storyteller.

How about lunch in Orvieto, she replies with a wink and a grin.

For complete information on Insight Vacations’ 12 Italian premium and luxury-escorted itineraries and over 100 journeys throughout Europe just click HERE, or call toll free (888) 680-1241, or contact your travel agent.

See you in a couple of hours when we’ll meet up with Lorenzo, the Etruscan Chef, in ohr-vee-AY-toh.