I came to the Trentino Alto Adige region of northern Italy in search of a cure, a water cure, to diminish the effects of a skin disorder that’s bothered me for some time.

Aside from my two-a-day, medically prescribed thermal baths, little did I know that I would be surrounded by H2O outside the tub, too, no matter where I turned: lakes, streams, rivers, waterfalls, babbling brooks and rainy days.

And, the latest Under Doctor’s Orders photo shoot destination was no exception: Canale di Tenno.

A rural village that was christened in 1211, Canale di Tenno (CdiT), just north of Lago di Garda — Italy’s largest lake — and just south of the Brenta Dolomites, has survived the ages almost in tact.

The name Canale (canal or waterway) seems to derive its origin from the wealth of water that surrounds this borghi piu belli d’Italia (most beautiful villages of Italy) since it broke through the rocks of the early Middle Ages.

Adored by visitors the world over, CdiT is a living, breathing open-air museum of classic medieval stone architecture that weaves its way through a labyrinth of barrel vaults, underpasses, alleyways and galleries. Looking at it from the shooter’s side of the lens, though, the village is one of the hardest locales to photograph due to its narrow dimensions, but I was up for the challenge.

South of the village, you make your way up a cobblestone walkway, turn a corner and then the WOW factor hits you right in the kisser: one stone-and-mortar underpass and alleyway after another merging into small, narrow, sky’s-the-limit piazzette (small squares). 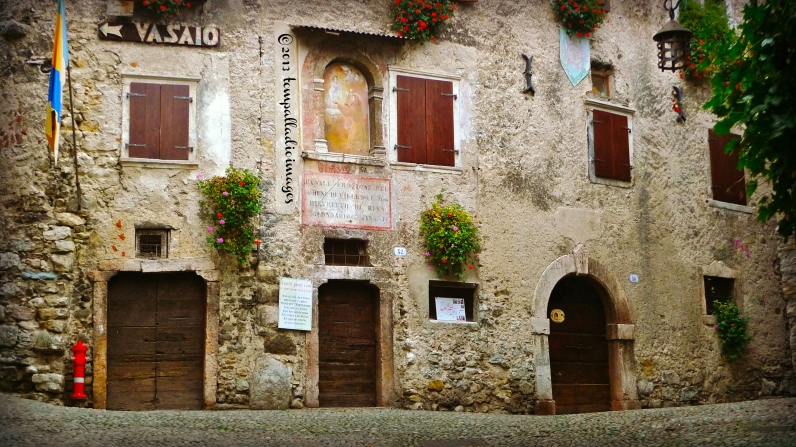 Not be overlooked is CdiT’s Casa degli Artisti (House of the Artists), a cultural center that was created in the 1960s following the restoration of a series of attached stone houses that share a large backyard garden with panoramic views of the valley below. Inspired by its harmonious location and natural beauty, many an artist and cultural figure spend their free time here on holiday to recharge their creative juices. They stay for free, but donate back to the House the work they create during their sojourn in CdiT.

After you’ve combed every nook and cranny inside CdiT’s walls, stroll down the hill for a view of picture-poscard perfect Lago di Temmo and it’s its incomparable turquoise blue water, among the very cleanest H2O in the Trentino.

Canale di Tenno, one of Italy’s most beautiful villages, is a little jewel of a time capsule that’s stuck permanently somewhere in the Middle Ages. Tick-tock, tick-tock… 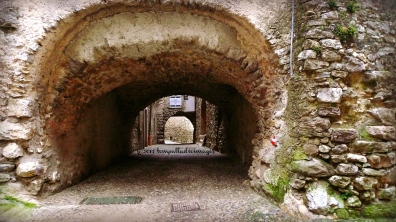 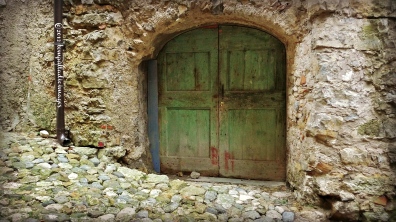 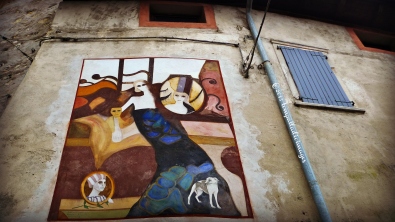 If you missed viewing any of the previous installments of the Under Doctor’s Orders photo-shoot series when they first went to press, you can see them right from here. Just click on the following titles: Terme di Comano, Lago di Molveno, Eat-Drink-Soak, Deggia, Rango, Fiume Sarca, Balbido and Fiavè.