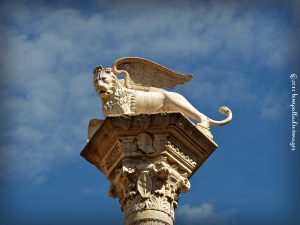 Cheri Lucas Rowlands of WordPress HQ is knocking on virtual doors around the blogosphere asking each of us to check our personal artist’s palette and select a prominent color that speaks volumes about ourself. It’s THE HUE OF YOU, this week’s Weekly Photo Challenge.

For me, the answer is simple: BLUE. When it comes to this color, the skies really the limit. I fall all over myself whenever the color blue is involved. Let me explain. 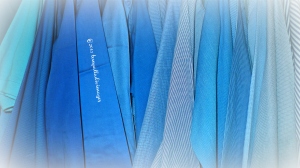 Every time I see a blue shirt — on sale or not — in a department store window, I stop dead in my tracks, like a deer caught in the wide swath of oncoming xenon headlights. My heart begins to race, my hands become sweaty, and I start licking my chops. It’s not that I need another blue shirt, let alone a shirt in any color, but when it’s blue I go absolutely BEZERK.

Just let me have it in all its various shades — from azure to zaffre. 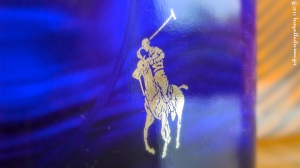 And it doesn’t stop with the shirt off my back. I drove blue — a  Mustang that was Atlantic-blue metallic — and my preferred cologne is Blue by Ralph Lauren. I think blue is pretty darn cool. For an upbeat, glass-half-full kinda guy, I’ll color my world blue — palatinate, Persian or powder — any old day, and I do. 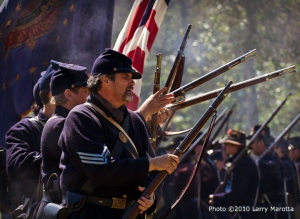 Battle lines were drawn against my morally correct color when the American Civil War of the 1860s pitted Confederate gray of the South against Union blue of the North.

And, during the Great Depression of the 1930s, people just above the bread line could order the “blue-plate” special at a diner – a low-priced daily special for 25 U.S. cents that was served up on a sectionalized blue plate.

Today, folks still sing the blues on the streets of N’awlins, croon like “Ol’ Blue Eyes” along the Vegas Strip and, come Mondays, feel blue. 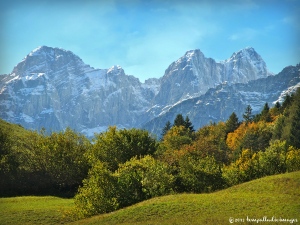 Here in Italy, where I reside, the national flag is known as il Tricolore (tricolors) — green, white and red —  but blue is the color that she rallies around whenever her beloved gli Azzurri (The Blues) takes the pitch or la Valanga Azzurra (the Blue Avalanche) attacks the ski slopes. And, let’s not forget that the Bel Paese is surrounded by blue: the Adriatic, Ionian, Tyrrhanean, Ligurian and Mediterranean seas. 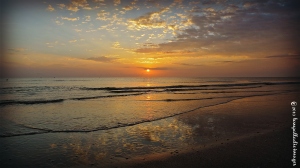 Even the “King of Rock and Roll,” Elvis himself, before he left the building, got in on the act, too. He really dug his Blue Suede Shoes, and didn’t want anyone to step on ’em.

Look, I could go on and on about the B in the RGB color model until I’m blue in the face. But I won’t. I’ll just leave it right here.

Now, if you’ll excuse me, I have to run. There’s a 50%-off sale at a shirt shop just up the street that has a sporty Maya-blue long sleeve with epaulets that has my name on it.

I just can’t help myself, it’s hue I am. 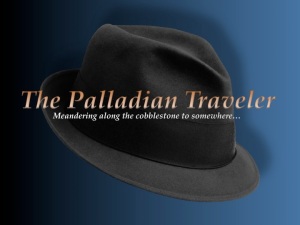