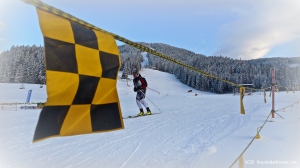 When gli italiani load up the car, van or SUV, and store skis, poles, boots and sleds inside the “coffin” up on the roof, it can mean only one thing: Settimana Bianca (white week).

It’s a winter benchmark when Italians head for their beloved Alps, Apennines, Dolomites or Mt. Etna on Sicily for seven days of fun in the snow, under bright blue skies or falling flakes, Mother Nature permitting.

I, too, join the legions of Gor-Tex®-wearin’, white-stuff aficionados each and every year at this time and head for the Val Pusteria in the Trentino-Alto Adige (South Tyrol) region of northern Italy where German is spoken, but Italian understood (Ja, das ist gut!).

But, I don’t go alone. I’ve got an army of buds watching my six and making sure my wine glass, beer stein and short-shot vessel are always filled. Hey, I need a little “courage” to go downhill.

Our annual hoedown in the snow is branded Ski Trek. We’re an avalanche of Italians, Yanks and Canucks, and we act like one, too, as we literally take over Hotel Adler in Villabassa (Niederdorf in German) and ski the Dolomites, ringing up large bar and food tabs along the way whenever we stop to, ahem, re-hydrate.

From Hugos to Spritz Veneziano aperitivi; red, white and sparkling (think Prosecco) wines; grappas in all kinds of aromatic flavors, including my fave, Pear Williams. In short, we down them all. 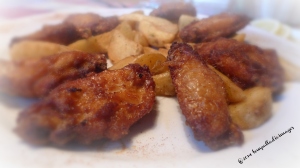 Oh, I almost forgot the most important dish of all: chicken wings.

No. Well, yes, if you consider the only way to Baite-Hütte Raut, where these finger-licking-good delicacies are prepped, is via a steep pista nera (black run) midway down the slopes of Mt. Elmo that my ski bum brethren have dubbed the “Chicken Wings Run.”

Ski Trek XXV, 25 years and counting, kicks off Saturday around the fireplace at Hotel Adler.

Once again we’ll prove that the knife, fork, spoon and glass are just as mighty as skis, poles, boots and goggles when traversing the Dolomites.

Be on the lookout for my dispatches and tweets (#SkiTrek2015) from atop AND underneath the snow.

As they say up in the South Tyrol when the lederhosen fit a bit too snugly: Yodel-ay-ee-oooo!