By now, those of you who prepped a domesticated meleagris for Thanksgiving have probably seen the last of its remains — finished off between two slices of bread covered in gravy (think open-face sandwich), and, perhaps, the carcass dropped in water, along with carrots, celery and onions, brought to a boil and simmered for a while until the liquid turns into golden broth, then frozen and saved for another day.

I almost missed out on Thanksgiving — called il Giorno del Ringraziamento over here in Italy — but my favorite gastronomic shop in Vicenza, il Ceppo, came through at the 11th hour with an invite to a special wine-tasting dinner downstairs in its enoteca (wine shop) Thursday night. It turned out to be a worthy Thanksgiving dinner substitute for this expat, who was on the verge of celebrating the fourth-Thursday-in-November like Macaulay Culkin at Christmastime in Home Alone. 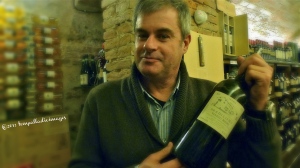 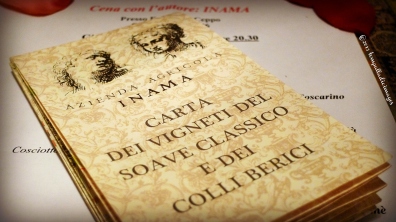 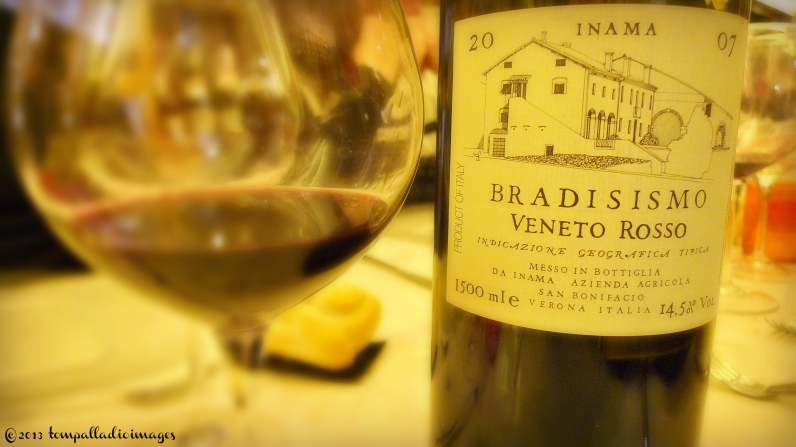 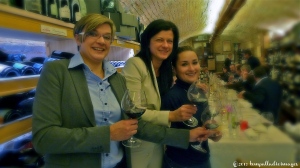 In between the magnums of fine local wines, the sister act of Maria Giovanna (left) and Ivana (center) Boscolo, il Ceppo‘s two certified sommelier, orchestrated the creative cuisine prepared by the superb gastronomic kitchen upstairs that was enjoyed by 20 or so of Vicenza’s most discerning palates, including this lone Yank.

It was a delicious five-course dinner that paired quite well with the five stellar labels brought in by Inama. 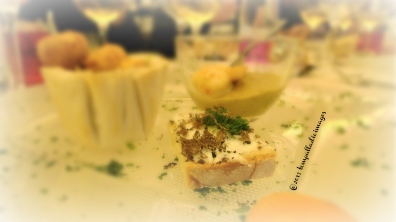 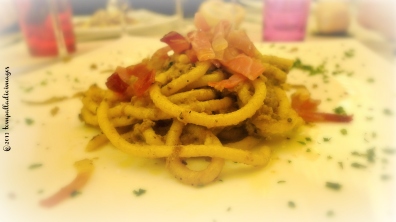 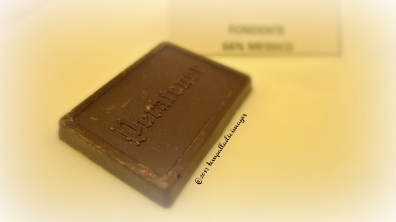 After mentioning to Ivana that it was Thanksgiving Day back in the U-S-of-A, word quickly spread around the long table, and, without prodding, all of the invited guests raised their glasses and wished me well. With a bit of encouragement, I stood and explained our most revered holiday tradition. Funny, it seemed like everyone was curious to know all about cranberry sauce.

Despite no roasted Tommy-T, no aforementioned cranberry sauce, and, regrettably, no pumpkin pie, I had a lot to be thankful for Thanksgiving night as I sat at the dinner table down in the enoteca of il Ceppo, surrounded by total strangers who quickly became my friends. Most importantly, I avoided talent scouts looking to cast me in Home Alone 6.