That’s what was on the minds of the home team St. Louis Cardinals and the visiting Pittsburgh Pirates as they took the field inside Busch Stadium on Wednesday for the deciding game-5 of the Major League Baseball (MLB) National League Division Series (NLDS).

When the dust settled, my high-flyin’ Redbirds, behind a masterful pitching effort by Adam Wainwright, defeated the Bucs 6-1.

And you know what that means, right? More Cardinals’ baseball AND more Red October Pizza. I’ll continue to man the oven while my Cards move closer to a date in the World Series. Next up for the Redbirds are the Los Angeles Dodgers. Game-1 of the National League Championship Series (NLCS), in St. Louis, gets underway Friday at 8:30 p.m. ET on TBS.

And, next up in the oven? Cue the PA announcer.

“Leaping off the hot baking stone is a true Red October Pizza that always delivers when the stakes are the highest: The David Freese Redder-than-Red Tomatoes, Peppers and Mozzarella.”

And, we’ll cheer this pie on from the plate to the palate with a few glasses of 2010 Adino Rosso Conero DOC, a Montepulciano-Sangiovese blend from Cantina Tenimenti Spinsanti in the Ancona province of the Marche region of central Italy. 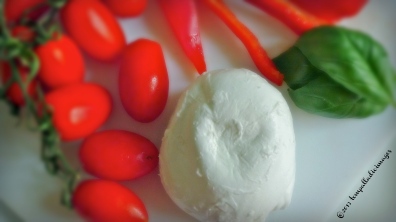 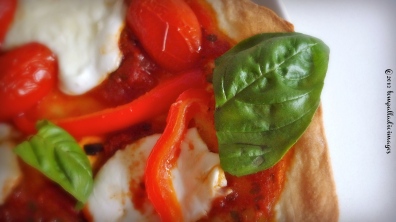