In vino veritas. It’s a Latin expression meaning “in wine [there is] truth.” In other words, if one consumes enough of the fermented grape, sooner or later he/she will eventually tell the truth. 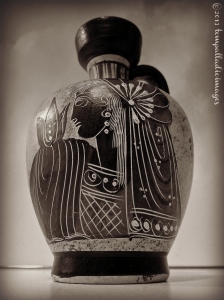 The Greeks thought that was the case with the pesky Persians as they were known to make important pre-battle decisions only after consuming a lot of grape juice.

The same for the Romans who were aware that their nemesis at the time, the Germanic tribes, had a propensity to over imbibe whenever they held council meetings because they believed no one could possibly lie when inebriated.

As a lover and consumer of wine I can unequivocally state that, like Germanic council members, Persian war strategists AND George Washington, I cannot tell a lie — I love the fermented grape, too.

If in wine there is truth, then the same can be said of black-and-white (B&W) photography, as each frame is presented in its simplest form — broken down to its core — much like the words rolling off one’s tongue as the basic truth is uttered.

This being B&W’s turn on the revolving weekly iPhoneography Challenge, here are a few reds and whites in black and white, along with some of the tools of the wine-drinking trade, that I’ve titled In Phoneography Veritas. 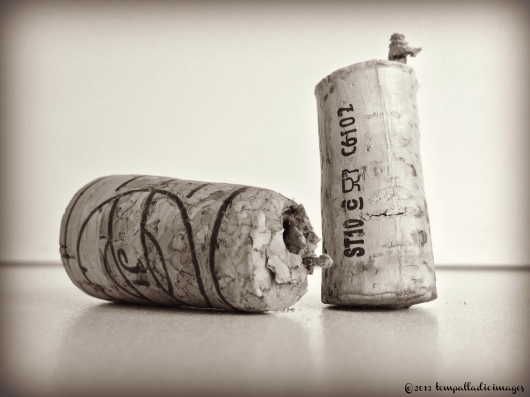 If you occasionally shoot with an iThingie, why not join in the fun and hone your craft. There’s a rotating phoneography challenge each and every Monday. For details, visit Sally’s Lens and Pens by Sally.

Until next Monday, let your iThingie be your lens.