For those of you that routinely pay a visit to The Palladian Traveler blog, you know how passionate I am about the color BLUE (i.e. Not Another BLUE Shirt?). 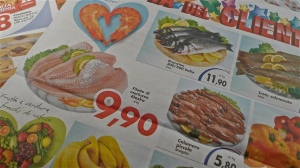 Well, with practically nothing left in the pantry or the ice-a-box — hey, it’s how LAZY people live — I went in search of provisions to restock the galley. Not too much, just enough to see me through the next few days.

I hadn’t had any seafood in a while, so during my “milk run” at the nearby grocery store I casually threw a small package (120g) of shucked, cleaned, fresh-frozen marine bivalve mollusks in my tote and thought nothing of it. 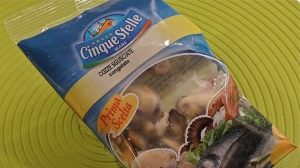 Arriving home, I began putting things away and stopped when I got to the small package of mollusks. Little did I know at the time when I opened the freezer door at the store, but I brought home bivalves that just happen to be housed in my favorite color, BLUE.

Squinting at the fine print on the back of the package, it read COZZA CILENA (Mytilus Chilensis), or Chilean BLUE Mussels. How’s that for luck? Try as I might, I just can’t seem to escape BLUE in all of its various shades, even at the supermarket. 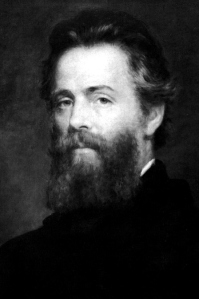 Anyway, what do you say we deep-six the scuttlebutt on this backstory, put the waders on and head up to the mess deck and see if we can’t right this recipe before it capsizes.

In the immortal words — written by Herman Melville in 1851 — shouted by the lookout up in the crow’s nest aboard the Nantucket whaler Pequod as he sights Moby Dick: “THAR SHE BLOWS! ”

If you recall, Moby’s a ferocious, enigmatic WHITE, not BLUE, sperm whale looking to have “crew” for dinner; and, that distinction, hopefully, bodes well for us AND the following culinary dish.

OUCH! Be careful with that harpoon, it’s sharp.

(Caution: Do not attempt while at sea if the skipper of your ship is named Captain Ahab) 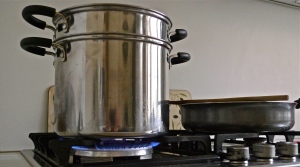 Step-2: In a medium size skillet add the Virgin Olive Oil, Fusion of Spices and Garlic Cloves, place on MEDIUM heat and cook until Garlic is paper bag brown 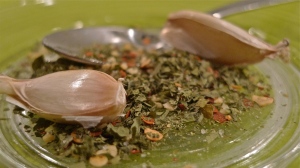 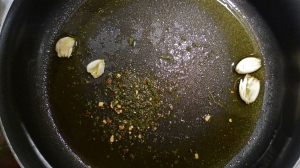 Step-3: Remove Garlic Cloves and introduce the Blue Chilean Mussels into skillet, stir well for approximately 3 minutes to allow them to lightly brown 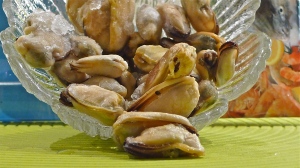 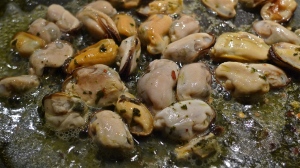 Step-4: While waiting for the water to boil, weigh Spaghetti 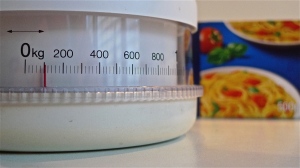 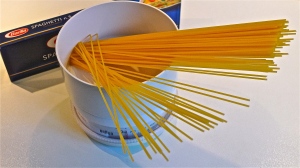 Step5: Water is boiling. Drop the Spaghetti down, stir well for 30-sec at start. Set timer for 7-min or until pasta is al dente firm 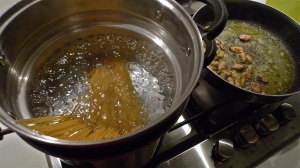 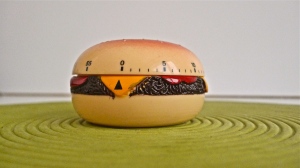 Step-6: Add White Wine to the Mussels, stir well and let the liquid reduce down to a nice consistency (about 5 min.) 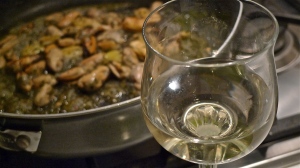 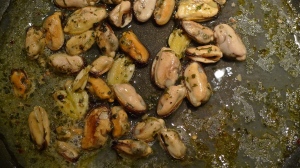 Step-7: Add two tbsp of salt water from the pot into the skillet, stir well, turn heat down to LOW 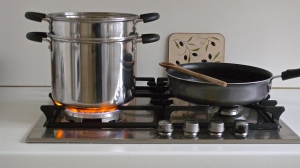 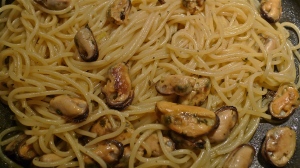 Step-9: Sauté Spaghetti and Mussels in the reduced liquid for 1-min. 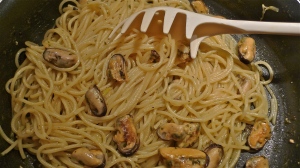 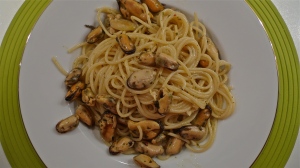 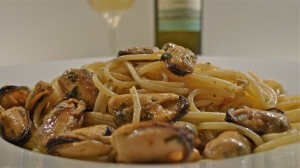 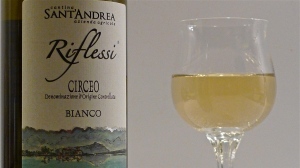 Straw-yellow in color, Riflessi Circeo DOC Bianco’s delicate and elegant bouquet is filled with floral notes of white flowers and light marks of tropical fruits. On the pallet, fresh and dry with great structure and a pleasant after-taste.

Riflessi Circeo DOC Bianco goes perfectly with a variety of fish-based dishes like sea salads, spaghetti with clams or muscles (like our recipe above), and risotto alla pescatore (fisherman’s rice). Best served cool between 8-10°C. 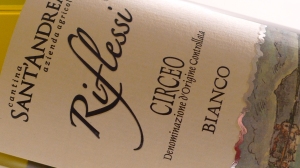 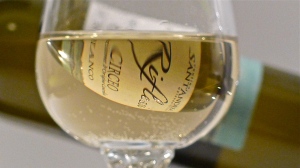 To learn about the history of the Pandolfo Family — owners of Cantina Sant’Andrea — and their incredible true-life odyssey, read TPT’s In Search of Their Private Ithaca.