What took place on one single day near a small village west of Moscow turned out to be the beginning of the end for Napoleon Bonaparte, the great military strategist from Corsica who rose quickly through the ranks to become France’s youngest general and eventually its first emperor.

Through a combination of modern-day technology and a painter’s artistic touch, Orna O’Reilly and I, two photojournalists invited by Insight Vacations to document its Easy Pace Russia journey, are transported back in time to September 7, 1812 as French and Russian forces collide on a massive amphiteatre-like clearing near tiny Borodino.

We’re standing on a circular platform at the top of the Battle of Borodino Panorama Musem in Moscow looking down and panning right and left, taking in every detail of a gigantic 360-degree oil painting created by Franz Roubaud, a panoramic master, in 1911. 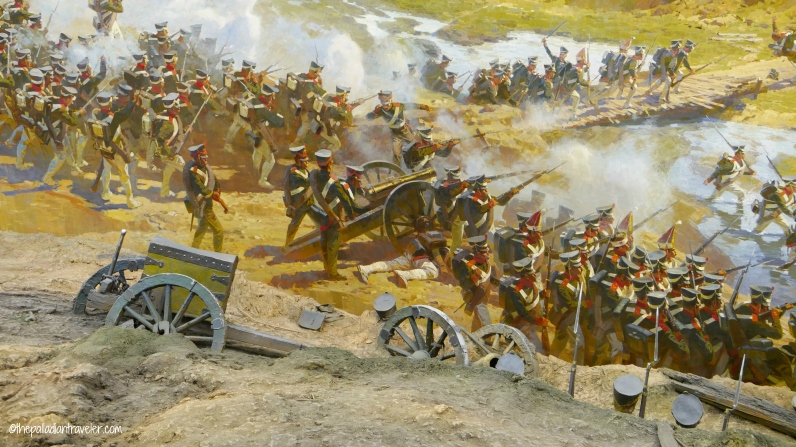 This tableau of bloodshed, standing 15m tall and stretching 115m around, is impressive. Along with Roubaud’s brush strokes, the added dimension and depth of dramatic set recreations in the foreground, special lighting and realistic sound effects make us feel as if we are actually there, standing alongside Pierre, Leo Tolstoy’s naive, unworldly hero from War and Peace, witnessing the bloodiest battle of the Napoleonic Wars.

Nearly 250,000 French and Russian forces answered the call that sunny, September day, but when the last cannon sounded and the final saber rattled, nearly 75,000 brave souls had perished on the battlefield. 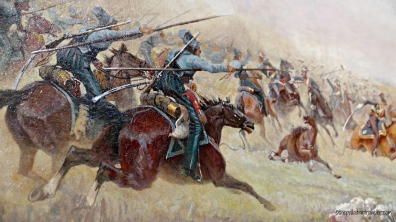 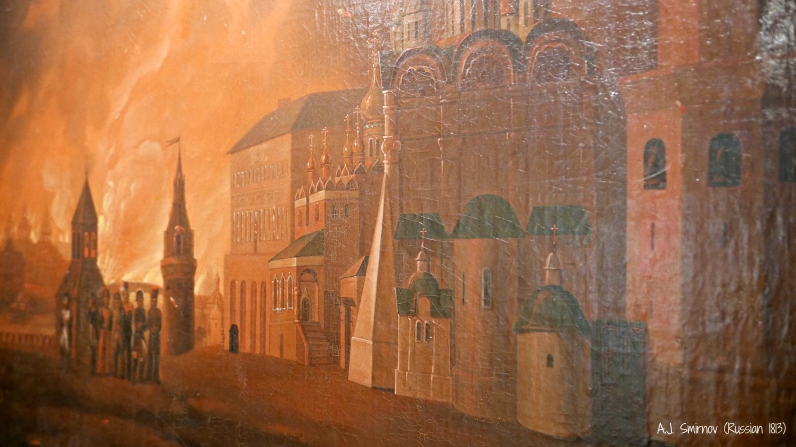 What was left of the Imperial Army of Russia retreated, burning every hamlet, village and town in its wake, while Napolean’s equally depleted, but tactically victorious, Grande Armée continued its march to Moscow, some 115 km (70 mi) away, only to find it, too, deserted and ablaze.

Holed up inside the Kremlin for five long weeks, Napoleon waited impatiently for an official surrender from Alexander I, Emperor of Russia, but it would never come. Totally frustrated and weary, Napoleon limped back to Paris, in the middle of a harsh Russian winter, leaving behind nearly three-quarters of his original 600,000-manned invasion force dead, strewn about the countryside. 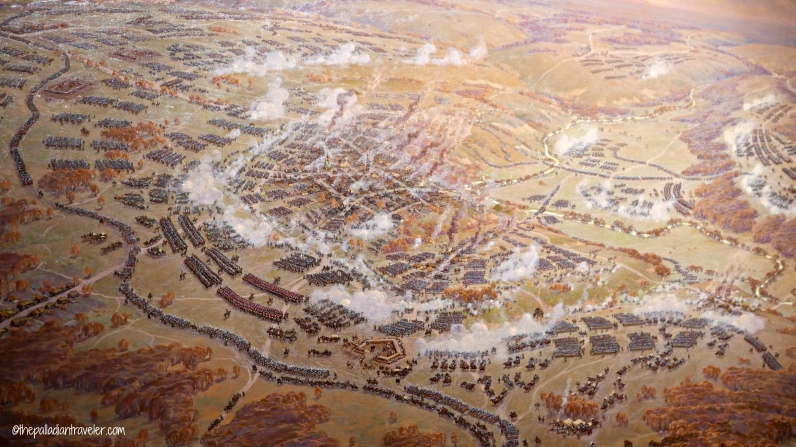 Celebrated historian Oleg Sokolov observed that the significance of the battle came much, much later. “The importance of Borodino,” he noted, “is by literature, by history, by poetry. It’s not so important strategically.” 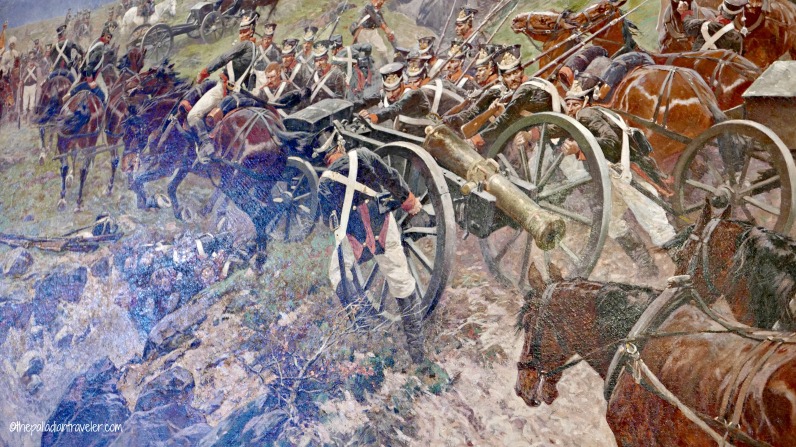 Mikhail Lermontov wrote a poem, Borodino, that’s read and recited by every Russian schoolchild. Tolstoy made the battle the focal point in his aforementioned epic novel. And, 19th century symphonist Pyotr Ilyich Tchaikovsky composed the world-renowned and easily-recognizable 1812 Overture, complete with cannon fire, that today accompanies elaborate, choreographed pyrotechnics that light up the sky above the annual Fourth of July concert on the Mall in Washington, DC. 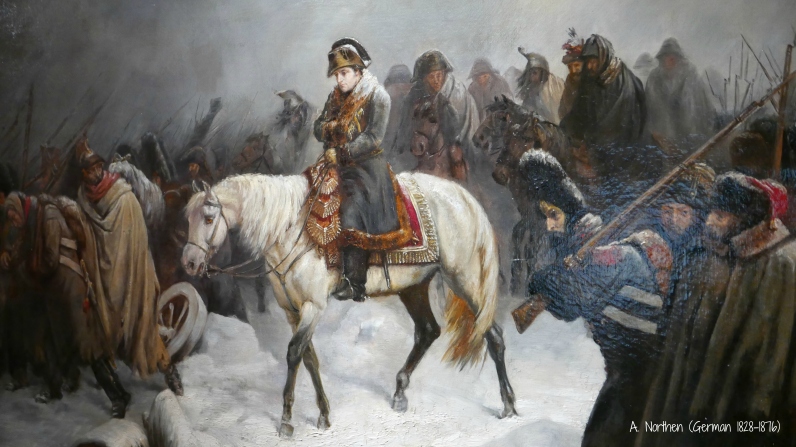 The Battle of Borodino, the event that signaled the beginning of the end for Napoleon and, to a lesser degree, the conclusion of our visit to the Panorama Museum, the very last stop on our week-long, Easy Pace Russia journey. I just wish it were the overture and not the finale.

For detailed information on Insight Vacations’ three journeys to Russia, as well as more than 100 other premium and luxury-escorted itineraries around Europe, just click HERE, or call toll-free (888) 680-1241, or contact your travel agent.

Note: The Palladian Traveler’s participation in this journey was supported by Insight Vacations, which did not review or approve this article before publication.