And, no single race stirred that passion in her citizenry more than the Mille Miglia (1,000 Miles) did. In the words of one of auto racing’s most famous personalities, the late Enzo Ferrari, the Mille Miglia was, “La corsa più bella del mondo” (the most beautiful race in the world).

The 1,000 mile road race, rounded up from the actual distance of 992 miles, was a pedal-to-the-metal, white-knuckled, no-holds-barred road race — a la the chariot race scene from Ben Hur — that ran on public roads lined by millions of spectators from Brescia up north to Rome down south and back up to Brescia.

The original “Double M” thundered through six regions and one tiny republic, avoiding man and beast most of the time, from 1927 until 1957. It was legendary British racecar driver Sir Sterling Moss of England who set the record during the 1955 edition, covering the circuit in just 10 hrs. 7 min. 48 sec. 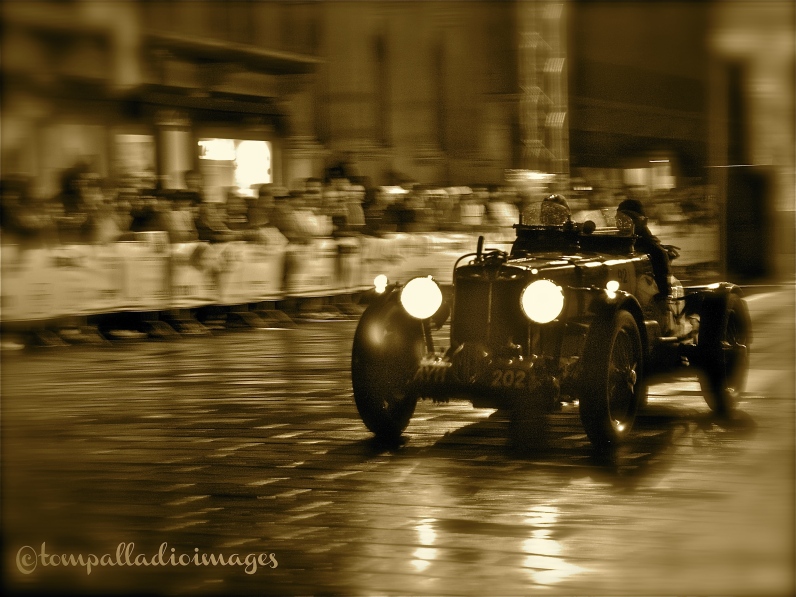 Unfortunately, Moss’ record-setting pace was one of the major reasons why the endurance race format was eventually discontinued. 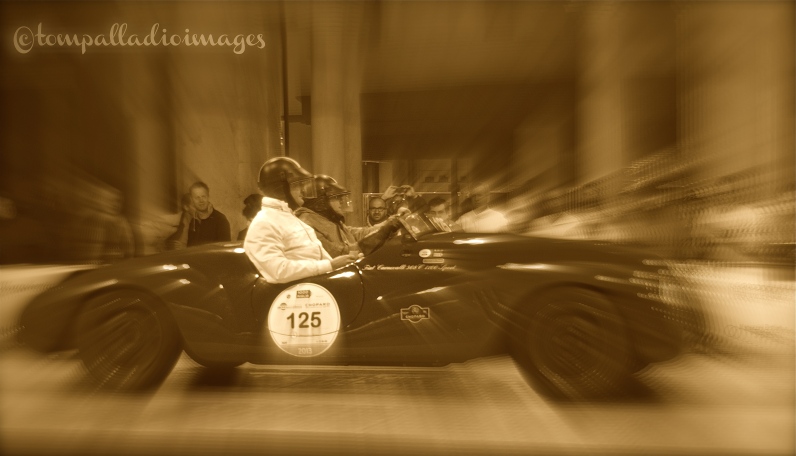 Many drivers were hell-bent on breaking Moss’ record, only to fail. Marquis Alfonso de Portago, racing against the clock, died during the 1957 event when the Ferrari he was piloting blew a tire and flipped end-over-end into the crowd killing his co-pilot and nine spectators just a handful of miles shy of a top-four finish.

After that fateful ’57 race, the Mille Miglia came to a screeching halt and ended up on blocks for nearly 25 years until the format was retooled. With new life in the tank, the race returned to the open road as the more sedate, four-day long Mille Miglia Storica (Historical 1,000 Miles). And, the 2016 edition begins its classic loop tomorrow, May 19th.

The iconic Sig. Ferrari, with his signature Persol sunglasses, got it absolutely correct back then in his description of the Mille Miglia. Even in today’s reformatted, slow-paced reenactment version, it still remains the most beautiful race in the world.