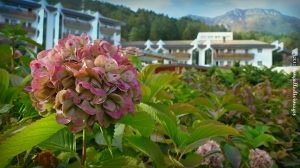 It’s been exactly seven days since I drove up to the wide circular drive fronting the entrance to the Grand Hotel Terme (GHT), a four-star, superior-rated spa-and-wellness facility located inside the tranquil park-like grounds of the Terme di Comano (TdC) in the Trentino Alto Adige region of northern Italy.

I’m still here, and I’ll be here for another eight days, just following my physician’s orders.

Doctor D prescribed 14 days of water therapy, under the supervision of TdC medical staff, to treat a dermatological disorder that’s been bugging me for a while. In between my two-a-day therapeutic baths, I’ve been out and about with my camera gear documenting where to go, what to see, and, no doubt, what to eat and drink. 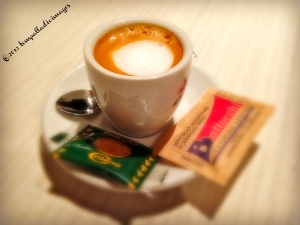 Just spooning out the frothy remains from my nightly post-dinner caffè macchiato (stained shot of espresso coffee), I thought I’d share with you some of the great dishes I’ve had plated before me by the superlative kitchen staff since my arrival at the GHT.

Rather than just describe to you the appetizers, first and second courses, desserts and paired wines that I’ve sampled, how about I give you a virtual taste instead? It’s the next best thing to actually being here with knife, fork, spoon and wine glass in hand. I thought you’d like that idea.

Just click on any of the photos for their mouth-watering, full-screen views. 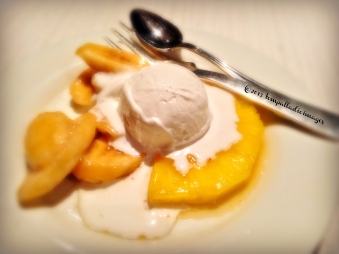