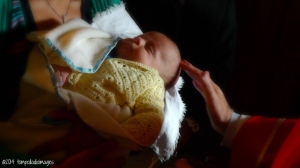 Recently, I returned to the rarified air of Castelluccio di Norcia — where Italy’s Apennines touch the clouds inside Umbria’s Monti Sibillini National Park — to help celebrate a milestone in the life of the newest member of my small, extended family: the christening of my grandson, Baby Marcello.

Nearly 40 family members and friends, from Rome, Lombardy, Umbria and the Veneto, where I live, joined Allison and Maurizio (the parents) and Claudia and Fabrizio (the godparents) inside Santa Maria Assunta, Castelluccio’s 16th century stone church, to witness Baby Marcello receive the Sacrament of Baptism, the first of seven sacraments he can possibly receive during his lifetime, as he was officially welcomed into the Roman Catholic Church. 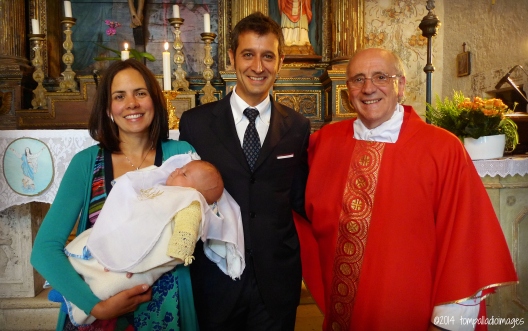 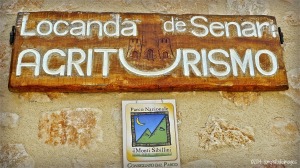 Like Christmas, Easter, birthdays, weddings and other landmark dates and special occasions during the year, it’s not a real christening here in the Bel Paese until all invited guests take their place around la tavola, touch glasses, break bread and work the daylights out of the knife, fork and spoon.

Baby Marcello may have slept through the church ceremony and barely opened an eye during the feast in his honor, but the rest of us were wide eyed and eager to savor the bounty of all the dishes prepared by Chef Mariella at Locanda de’ Senari, Castelluccio’s signature agriturismo restaurant that specializes in organic, homemade Umbrian fare, and where everything placed on the table is consumed (read, devoured). 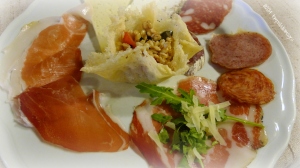 Deep breaths taken all around, we then savored two mouthwatering pasta dishes, followed by an open-hearth, mixed-grill  — beef, lamb and pork — accompanied by side dishes of the area’s world-renowned lentils, roasted potatoes and fresh baby greens in a balsamic vinaigrette. 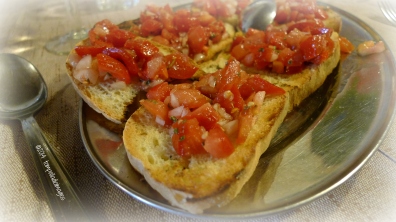 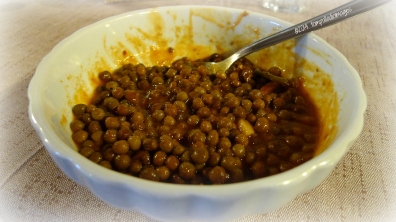 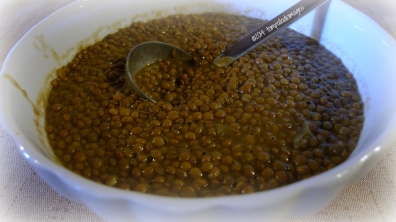 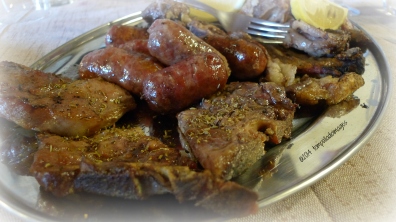 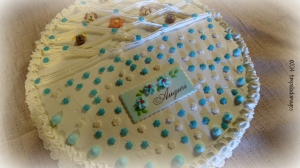 There was a to-die-for, cream-filled cake, colorfully decorated with a large AUGURI (best wishes) for Bambino Marcello, complimented by bottles of sparkling spumante.

Throughout the banquet, carafes of superlative regional red and white wines flowed freely, and much-needed espresso coffee, in single and double shots, came to the rescue at the end of the feast, along with a tris (three) of after-dinner herbal digestivi (digestifs). 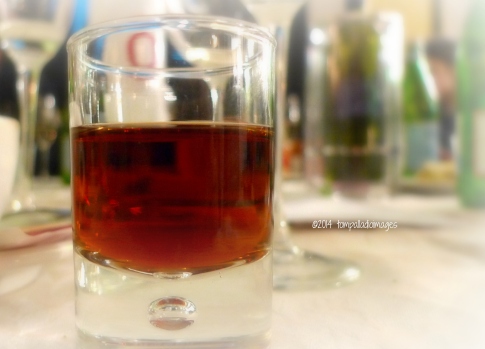 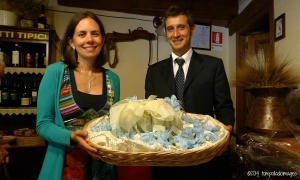 Bellies bursting at the seams, we made our way towards the front door and the fading late-afternoon sun, stopping long enough to compliment the chef for a job deliciously done, accept the bomboniera (gift favor) offered by the proud parents, and kiss Baby Marcello on the cheek.

Thankfully, the next installment of My Big Fat Italian Christmas is months away; plenty of time for me to get back down to my “playing weight” before I tie another one on with knife, fork and spoon.