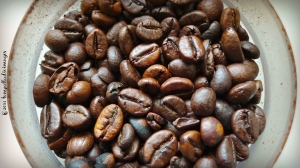 The alarm sounds and suddenly I’m back in the here and now, awake.

Rubbing the sleep from my eyes, I rise, shave, shower, dress and head downstairs into the kitchen to prepare, or go straight out the front door in search of, my first cup of coffee.

It’s the one sure thing that I count on, day in and day out. You see, I’m habitually tied at the lips to coffee, or caffè as it’s known here in Italy.

Long before there was Starbucks, the Serene Republic of Venice in the mid 1600s was already importing Ethiopian coffee beans, via Turkey, by the boat loads. Venetians — first in just about everything back then — quickly mastered the art of blending, roasting, brewing and enjoying caffè.

In 1720, Caffè Florian opened its doors in Piazza San Marco (St. Mark’s Square) and local and international notables of the time flooded in for the best cup of mud around the Lagoon: poet-philosopher-diplomat Johann Wolfgang von Goethe and adventurer-author-womanizer Giacomo Girolomo Casanova, followed later by romantic poet Lord Byron and writer-social critic Charles Dickens, just to name a few. Still thriving today, Caffè Florian is the oldest, continuous operating coffee house in all of Europe.

But I don’t have to go to Venice for a good cup of Giuseppe (Joe). I can just stay right at home in Vicenza, grind it fresh and make strong American-style drip coffee. Or, I simply drop a cialda (capsule) of pre-measured caffè into my mini electric steam machine for traditional Italian fair. Or, better still, I can head up the street and around the corner into the centro storico (historic center) and take my pick from any number of bars where great caffè is served, in a variety of ways, by expert baristas. 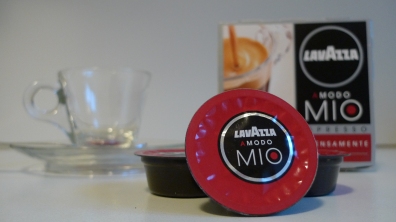 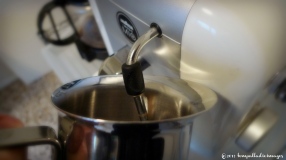 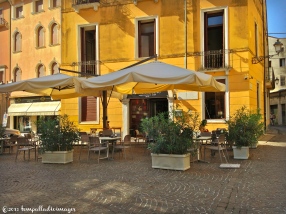 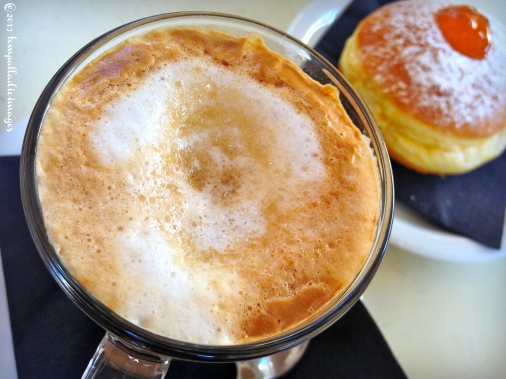 Italy set the bar pretty high, and continues to raise it, with its many different and tasty ways of presenting the beans of the genus caffea arabica shrub in a cup — either ceramic or glass in small, medium and large sizes — known as espresso, a condensed shot of strong Italian roast coffee. 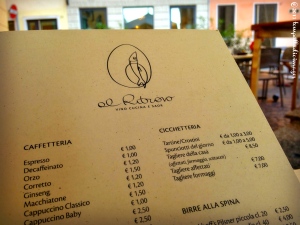 Just head to any bar and listen to the patrons as they shout out their orders — they all know what they want well before they enter — or scan the menu board hanging on the wall near the clock, or glance at the caffeteria side of the paper menu on your table near the sugar packets. 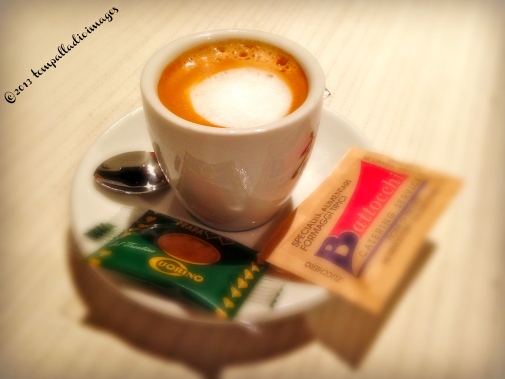 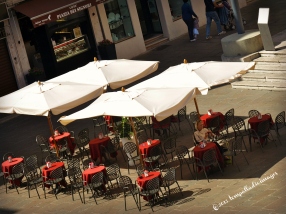 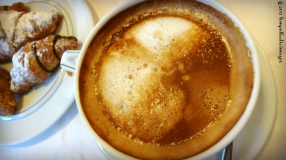 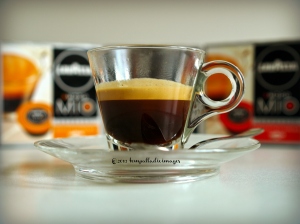 Italians, no matter from which part of the country they hail, pay special attention to the caffè preparation, selection of the blends, and the use of accessories.

The art of caffè is really the Bel Paese‘s unique little culture-within-a-culture. And, I guess that’s why I’m caffèbitual. 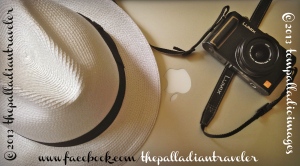