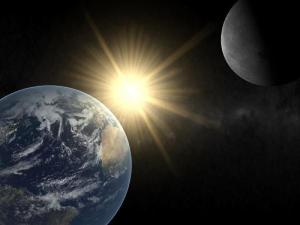 If so, why are so many people even bothering with holiday gift shopping?

I mean, if Mother Earth is to vanish into thin air at the aforementioned date-hour-minute, why waste the precious time you have left wading into a sea of elbows fighting over the latest Apple gizmo, when you won’t be around to give it and he/she won’t be there to receive it?

Look, if you must spend your hard-earned cash before The Rapture, then I strongly encourage you to empty out your savings accounts, use all your plastic credit, sign over the deed to your house, and give it all — every last penny of it — to Richard Branson’s Virgin Galactic. Afterall, if you really believe the world is coming to an end, you’re gonna need quick passage off the planet. And, Sir Richard’s VG is the only ticket to outer space.

If, on the other hand, you’re like me and believe that the Blue Planet isn’t going anywhere anytime soon, then just relax and continue business as usual. But, don’t take my word for it.

According to the National Aeronautics and Space Administration (NASA), we can all breathe a sigh of relief as the world will not end on December 21st, the Winter Solstice. To quote informed sources down at NASA HQ in Houston, “Our planet has been getting along just fine for more than four-billion years, and credible scientists worldwide know of no threat associated with 2012.”

The Holy See hasn’t been mute on the impending doom either. The Vatican’s top astronomer spoke out recently on the demise of Mother Earth saying, “The world won’t be ending in about two weeks, despite predictions to the contrary.” Father Jose Gabriel Funes said there was no danger of an impending apocalypse.

In the words of Franklin Delano Roosevelt, the 32nd President of the United States, delivered during his first inaugural address on March 4, 1933, “The only fear we have to fear is fear itself.”

This whole end-of-the-world rumor started over a pseudoscientific idea that Nibiru, a planet supposedly four times the size of Earth and believed to exist beyond Pluto by the ancient Sumerians, is on a collision course with Mother Earth and due to enter our atmosphere on Stardate 90577.81 and go KABOOM! But, so far, NASA hasn’t spotted Nibiru heading our way, nor is Bruce Willis on standby apocalyptic alert.

As a matter of fact, this end-of-time scenario was previously predicted to strike in May of 2003, but when it came and went with nary a peep, the Doomsday Clock was pushed up to December 21st of this year. And the justification for this new “panic in the streets”? To link the “end all” date to one of the cycles in the ancient Mayan calendar.

So, chill. You can put the DeLorean DMC-12, with the Flux Capacitor option package, back in the garage.

What? You’re still not convinced? You really do believe that our world is coming to an end at 11:11:00 UTC on December 21st? 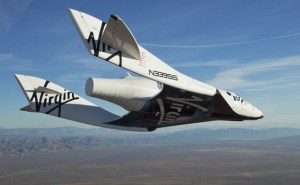 Well, if that’s the case, then there’s only one thing for you to do. Pick up the phone and call Virgin Galactic and book your seat to a safe star somewhere out there in the Milky Way.

Bon voyage Earthlings, and may the Force be with you.